skip to main | skip to sidebar

The Slippery Slope of Gay Marriage is REAL!

One argument used frequently in the battle against gay marriage is The Slippery Slope. If we allow two adults of the same sex who love each other get married, what might be next? What horrifying reality will be foisted upon us if this twisted perversion occurs?

It's a fair point, really. And history has shown that the Slippery Slope is a very real phenomenon.

In 1776, voting was limited to white, property-owning men who were not Jews, Catholics or Quakers (a few other limitations as well). As non-property-owning-white-men wanted to vote, The Conservatives wondered, "What next - will Catholics and Jews want to vote as well?"

In 1828, Maryland allowed Jews to vote. The Conservatives wondered, "What next - will African-Americans want to be allowed to be free citizens?"

As Emancipation neared in the 1850's and 1860's, African-Americans wanted to be freed from slavery. In opposition to the Civil Rights Act of 1866 (granting citizenship to native-born Americans), The Conservatives cried, "If blacks are free, they'll want to vote!"

Fighting the passage of the 15th Amendment to the United States Constitution, The Conservatives were in a tizzy: "If we allow black men to vote, pretty soon women will want to vote, too!"

As Suffragists worked tirelessly to allow women to vote, The Conservatives were in an uproar, "If they can vote, they might want equal jobs and equal pay!"

With women entering the workplace, a social revolution was underway. Suddenly African-Americans, who were free and had a technical right to vote, actually wanted to utilize that right. As the Civil Rights movement of the 1960's was gaining steam, The Conservatives were concerned, "If African-Americans get full equality, pretty soon they'll want to marry white people!"

In 1967, after the Supreme Court ended all race-based restrictions on marriage, The Conservatives were frightened, "What next, will the gays want to marry?"

Homosexuals do want the right to be married. More than likely, they will get that right, despite the cries of "Slippery Slope!" from The Conservatives. And you know what? Out there in America are more groups of people who feel disenfranchised. They are hoping that gay marriage will pass, that change will come for one group, because they want their chance. Maybe freedom for one can eventually mean freedom for all.

It is a Slippery Slope. Our country has slid form a land where white, land-owning Protestants had full and total control, to a country where nearly all citizens have the right to pursue their happiness. As the horrors of the realized Slippery Slope unfolded, more Americans gained rights and freedoms. The Slippery Slope has created a country with more equality for more people.

Maybe the Slippery Slope isn't such a bad thing, after all.
Posted by klund at 3:33 PM 2 comments: 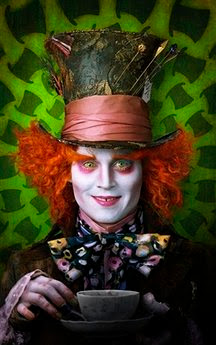 COLUMBIA, S.C. - Gov. Mark Sanford told a newspaper he was in Argentina, not hiking the Appalachian Trail as his staff had told the public to explain his sudden absence. He said he "wanted to do something exotic" to unwind after losing a fight over federal stimulus money.

A snippet of conversation

[scene: Milena and Eli are outside, helmets on, scooters in hand.]

[Eli and Milena hop on scooters and scoot around the driveway.]
Posted by klund at 9:57 AM No comments:

I drove by a billboard like this frequently while in Washington (this isn't my picture - I stole it from somebody), and couldn't help thinking that this message is wrong on so many levels.

First of all, how the heck would more babies stimulate the economy? Are we supposed to use them to feed the hungry? Fuel our vehicles? Call me a cynic, but don't unwanted babies frequently end up as a drain on the economy?

It got me to thinking - if God really wanted to stimulate the economy, wouldn't a more effective approach be to randomly kill 50 or 60 million people? Sure, there would be widespread confusion and chaos for a bit, but it would really allow us to streamline businesses and government (shedding dead weight, as the case would be).

And lastly, if this really was God's approach to stimulate the economy, would they really be dropped down from heaven in convenient four-packs? While it is likely more cost-effective, it seems uncomfortable for the babies, and a bit of a burden on whomever gets the delivery. You'd think God would have thought it through better.
Posted by klund at 9:18 AM No comments: 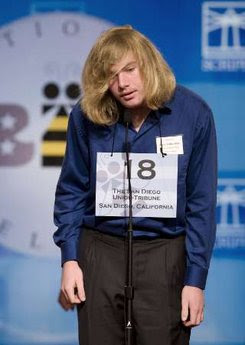 I saw this photo on a friend's Facebook page. I almost slammed my head into the monitor.

There are so many reasons to be disgusted by this photo, yet people think it's cool. I had to refrain from calling them all ignorant racists.

Yes, by all means, let's compare the worst aspect of one of the worst natural disasters in our nation's history with the best aspect of a typical (albeit record) flood. Perfectly fair.

Can't people just be proud of the work they did, instead of having to turn it into racist propaganda?
Posted by klund at 9:29 AM 3 comments:

I just finished Nick Harkaway's debut novel, The Gone-Away World. Absolutely, positively loved it. Make a combination of Tom Robbins, Terry Pratchett, and maybe Mad Max ... no that's not quite right. Or maybe it is. Doesn't matter.

It was funny, bizarre, engrossing and highly entertaining. Scooter - put this book on your to-read list and let me know what you think. Larry - stop reading work-related books and try this. You'll probably hate me for recommending it to you, but that's what I'm here for.
Posted by klund at 9:07 AM 3 comments:

Does this blog rock?

They Call This a Widget?

This work is licensed under a Creative Commons Attribution-Noncommercial-Share Alike 2.5 License.